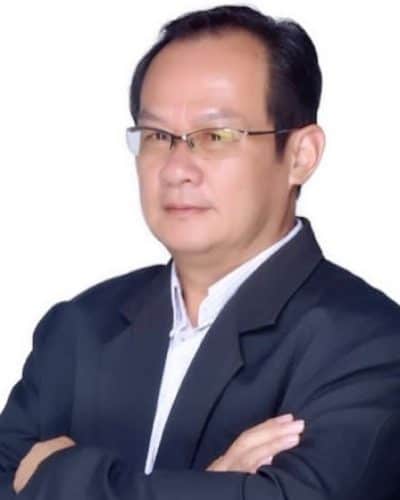 Vincent Ling is the Executive Director of HKT Holdings Sdn Bhd and Chief Operating Officer for East Malaysia, HKT Group of Companies. He graduated from the Interior Design and Architecture College, Malaysia and possess an Interior Designer Professional Membership (UK). He had also attended other intensive courses in Project Management and Construction Systems during his service at Sunrise Berhad, a very established Public Listed Company.

He practiced at Sunrise Berhad (1991/1992) as an in-house architect for Arkitek Barad, an architectural firm within the Sunrise Group where worked with other international architects to come up with master plans and conceptual proposals for Mont Kiara Development; the   projects among which included condominiums, commercial centres and international schools.

In 1993/1995, he practiced at an Architect in an Interior Design Company which is a subsidiary of the architecture firm, Arkitek CTH to extend his expertise into the different fields of the architectural industry. In 1996, he established his own company providing Design and Build services for bungalows, residential units, multi- facet commercial buildings and hotels. In the year 2000, he was involved in the GRC (Fiberglass Reinforce Concrete) industrial business and had provided  Design and Installation of GRC services for several high profile projects among which included  Istana Melawati , the Ministry Of Tourism Building at Putrajaya, the Main Span of the Alor Setar Bridge ,Kedah and a host of other Government Office Buildings at Iskandar, Johor.

From 2008, he established another company in the Supply of Building Materials in Sarawak. This company has been appointed as the sole distributor for several highly recognised brands of building products for East Malaysia. Following that, in the year 2016, Vincent went on to set up a company for EM ( Effective Microorganism ) products and was appointed as the sole distributor for EMRO Japan and since then, EMRO Japan has been recognised for its specialization  in cultivating organic products for soil and water treatment, organic fertilisers, feed and drink for animals, aqua industrial products, environmental and hygiene treatments, wet and land agricultures, products of  Green Energy through fermentation and many others.

Vincent is very enthusiastic in environmentally friendly products as well as new technologies that can benefit the environment. He strongly upholds the belief that our generation should pursue smart agriculture with technologically-improved products for the well-being of our Earth. He often participated in public awareness activities to urge and to encourage people of all walks of lives to contribute their efforts to make earth an inheritance for our future generations.